Written by a Croatian playwright and performed by a Croatian actor, Pepper & Honey is a poignant, subtle and timely play about the journey of change, cultural differences, trying not to feel like a foreigner in your adopted country, and the conflict between upholding the traditions of the “old country” and embracing those of the new.

So, what’s “home”? As the era of post-Brexit Britain looms large, that question has never been more pertinent… That’s the question Ana, a young Croatian woman, poses as she settles in the UK.

Ana has been on a journey. Croatian born, she’s arrived in the UK, determined to make it home. As she focuses on life in this new land, she is haunted by the voice of her Grandma- calling for her to stay true to national identity and yearning for Ana to come home. As Grandma bakes her traditional Croatian pepper biscuits (believed to bring a loved one back home), will this be enough to be reunited with her granddaughter? But what is “home” to Ana now?

In these strange new times, join us for a heart-warming performance that says more now than ever about the need for tolerance and the power of human connection, even over distance. 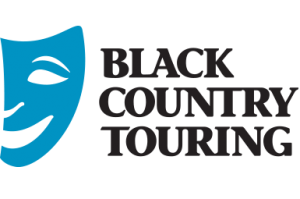 Join us for an evening with Poet, writer, lyricist, musician and self-defined naughty boy Benjamin Zephaniah. Benjamin will…

Kate and Peter, two of Europe’s most renowned Storytellers share eerie supernatural tales to adult audiences on the…

The Rest of Our Lives

Hopefully hopeful, The Rest of Our Lives is a cabaret of life and near death. Join Jo and…

Sexy Lamp is an award winning light comedy. With shade.Ever since Katie was cast as the lead in…