It probably doesn’t come as a massive surprise that we are all music fans here at NAC. We also enjoy reading musician biographies, artist autobiographies & memoirs, or anything that’s music related tends to hit our reading radar. Our zoom background bookshelves are almost as full as our shelves of vinyl (or Spotify playlists for some of us). Apart from Clare, she just has Michael Ball and show musicals on repeat. Nothing wrong with that. We are also quite partial to a bit of Les Misérables. So with a heated and often hilarious discussion on the staff WhatsApp group, we finally nailed down the top staff picks for music literature and came up with a list of 12 best music books. We’d share the conversation but ‘behind the scenes at NAC’ is for another day.

Suzanne with her Marketing and FOH hats on at the moment, recommends Joni Mitchell: Both Sides Now: Joni Mitchell, Malka Marom, and says:

“I’m a fiction lover mostly so autobiographies / memoirs don’t feature heavily in my library. However I am a sucker for a nice coffee table book and because I love Joni Mitchell, this was a beautiful book to have in my collection to dip into. A fabulous collection of interviews, lyrics and pictures of Joni and her art”

“The Haçienda: How Not To Run A Club – Peter Hook / Rip It Up and Start Again =- Simon Reynolds (about postpunk) / Greil Marcus – Mystery Train (about Robert Johnson, Elvis, Sly Stone etc).”

“ I can’t remember reading any! My Mom once bought me the Morrissey one but I gave up after about 12 pages. If I want to read someone endlessly moaning on and on, I can just dig out my old diaries”  but then another message popped through  “just remembered I read Renegade by Mark E Smith.  I felt like I was being shouted at for 200 pages. Very much enjoyed. 5 out of 5”

“I also love Cash” (as if we didn’t know already).

Whilst Kelly, our site assistant with multiple kids, didn’t have much time so instead graced us with a photo of Johnny Cash: He Walked the Line – 1932-2003.  An hour or so later young Josh piped in  with “Lords of Chaos: The Bloody Rise of the Satanic Metal Underground is a good read” – We are sure it is Josh!

We did ask staff to explain why they liked them but hopefully they’re busy brushing up on their reading skills. Apart from Trevelyan. We often see his extensive home library on zoom. And it’s not a fake one! We have decided that the staff who lacked a response of any kind were of course very busy reading Medical Grade Music & Don Letts: In There And Black Again

If you are music and/or book fans, then you might not want to miss two events we have coming up in February association with Wolverhampton Literature Festival. Both will be heading to the centre to talk about their books as part of the festival.

Don Letts: There & Black Again – Don will join us on 6th February

Wolverhampton Literature Festival will return for its sixth year in February 2022. Hosted by City of Wolverhampton Council, the festival aims to amplify the voice of authors, poets, writers, storytellers, puppeteers, podcasters, vloggers and publishers across the UK. Celebrating our creative communities living and from the Black Country and further. For more information about the festival, head on over to https://www.wolvesliteraturefestival.co.uk/index.html

We have also included links to the books below. 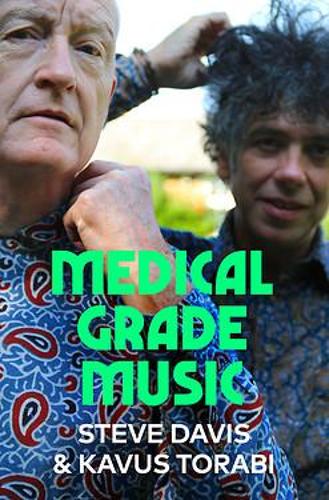 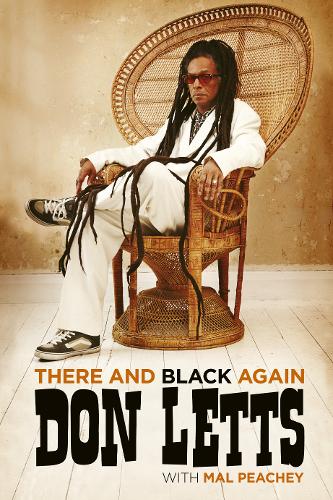 If I want to read someone endlessly moaning on and on, I can just dig out my old diaries Phil Turner, FOH Manager

Don Letts: There and Black Again

The Last Quiz Night On Earth

Dreadzone Fast approaching their 30th anniversary, Dreadzone are an unstoppable force who have long been, and still are,…