Winners announced for Paint The Day 2022

Paint the Day 2022 took place on Saturday 16th July, with eager artists taking to the streets, parks, canals, busy city centre and hidden beauty spots of the Wolverhampton and Whitmore Reans area to capture the day in their preferred visual style. After eight long creative hours, artists returned to Newhampton Arts Centre to handover and hang their Paint the Day entries.

Sunday 17th July saw the grand opening of the Paint the Day exhibition at NAC’s Gallery Hall space. The Victorian hall became full of artwork, artists, art lovers, buyers, voters, young creatives and the all-important Paint the Day judging panel who debated the works before them and make their final choices.

Awarding; Charlotte Wiley with first prize, Natasha George with runner up, Jacob Billington as our Under 18 winner, Martin Lawrie our Photography winner with Sue Angus being Photography runner up and Em Billington winning our under 18 prize. Prizes were awarded by the CEO of Newhampton Arts Centre, Trevelyan Wright. 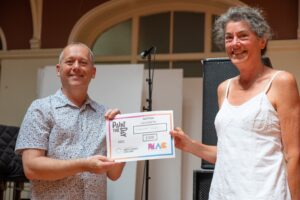 The FREE public Paint the Day exhibition was open daily until Sunday 1st August. The exhibition featured all artwork that was made on that creative-filled day where attendees had the chance to take a masterpiece home by bidding for artwork in an auction format throughout the week. 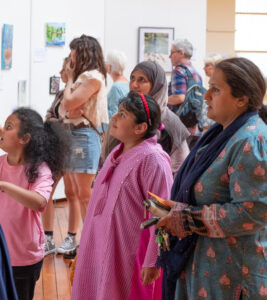 We are delighted to announce that the Under 18 Public Vote prize went to Ava Godridge for ‘Colours of the Cut’ and the overall public vote prize was awarded to Nataliya Hodson for ‘A Gander at West Park’. Watch them being awarded below.

NAC would like to congratulate all winners and participants for taking part in Wolverhampton’s favourite art challenge. 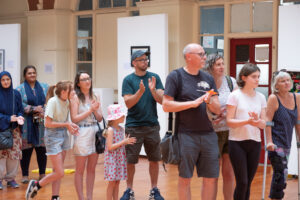 Summer Activities at NAC plus reserved spaces for HAF

Wolverhampton venue looking bands Are you aged 13-21? Want a gig? Or want to Join a band? Drop…


The Art Club – Studio 5 This art club is for everyone, run on a not-for-profit basis. We…

The buzz on site is created by the residents who form our creative business community. From freelance craft…